The Currant Shed has a long and proud history, standing tall whilst weathering over a century of different guises.

The structure was originally built for exactly what its name suggests - an undercover shed in which to prepare and dry currants before export back to the UK. Dried fruit was big business back in the day before refrigeration, and there are still several old sheds standing in the McLaren Flat/Blewitt Springs area today. The one now housing the restaurant was reputedly the largest in the district, and served its purpose well for the families that called this part of the world home.

The original homestead - also one of the earliest built in the area - had many sheds and cellars and its residents made their living from mixed farming enterprises including onions, potatoes, and, of course, currants.

Peter and Anthea Hoffmann bought the run-down property in the mid 1970’s, and they worked tirelessly over the following 30 years to restore the homestead and run the surrounding vineyards to generate an income.

Over time they developed a wine label with the help of  their winery neighbours, Shottesbrooke, and it is here that our relationship began.

As time went on, Shottesbrooke took over the running of their vineyards as well as becoming their contract winemaker. With the success of their own cellar door, the idea came about to offer food to match their wines, and the first seeds of The Currant Shed being what it is today were planted.

The Hoffmann's chose the original drying shed for its inherent charm, history and stunning views. They engaged local builders to help them with their ambitious vision, and The Currant Shed was born.

Hamish Maguire, Shottesbrooke's winemaker, and the Hoffmann’s worked together closely on their wines and when the time came for Peter and Anthea to retire they lent across the fence and asked whether Hamish and his wife Emily may be interested in taking the restaurant on.

At the time, Emily was employed as the manager at another local restaurant, the famed Star of Greece, however she and Hamish were looking for an opportunity to establish their own restaurant. As luck would have it, they found an amazing opportunity closer to home than ever would have been expected…

Have a friend that would enjoy dining here? 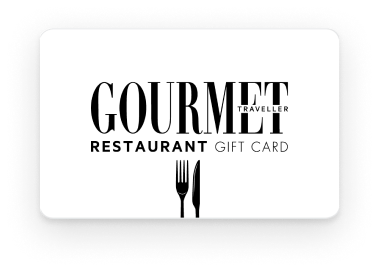